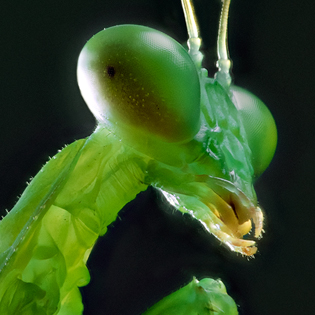 MIKRO is a film I’m creating as a personal initiative, which shows the microscopic world of insects through an angle rarely explored before. Unlike a documentary, this film shot in the Philippines over a year, exposes the minuscule aliens of nature, stripped from its usual cumbersome educational purpose. This is a film about beauty, curiosity, harmony and reflexion on the behaviours and values our own species has adopted.

To make this project become a reality, I made the decision to resign from a dream job in a leading video production company in the Netherlands, leave my lover, and go live for 2 years in the Philippines. Week after week, I went with video equipment in remote islands and jungles, with no team and no other budget than my own savings, to patiently capture the most surprising scenes of this miniature world I could find. These hours of footage are then edited into a coherent and meaningful piece of cinematography, where the insects are much more than subjects of a documentary, but the actual protagonists. My brother, Alexander Weidner, is co-creating this adventurous enterprise with me and creating the soundtrack (sound design & music) for the entire movie.

The film is currently in the post-production phase and scheduled to be released in 2021.